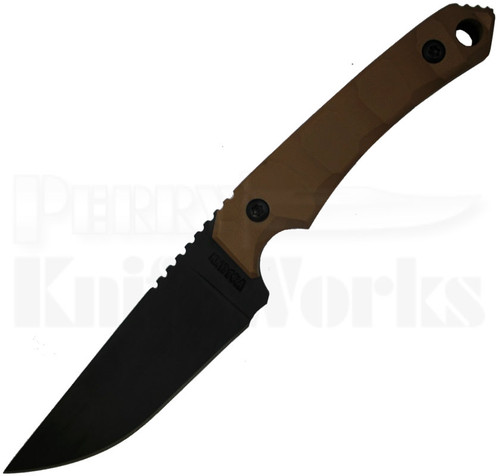 Krypteia Knives Deimos is made by Evangelos Tsagkouros of Iceland. The Deimos fixed blade knife is made of O1 tool steel with a black cerakote finish drop point blade and contoured tan G-10 handles. Comes with a tan kydex sheath. Deimos was a god in Greek mythology, personification of terror (his name meant "dread"). He was the son of gods Ares and Aphrodite, and had a twin brother, Phobos ("fear"). He did not appear in any stories in Greek mythology, but he was a mere representation of the terror that is brought upon humans by war.