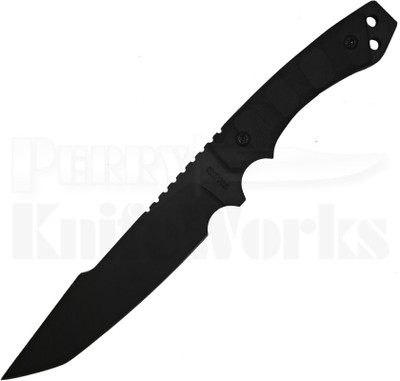 Sorry but this item is currently unavailable.

Please check back at a later stage.

Krypteia Knives Chimera is made by Evangelos Tsagkouros of Iceland. The Chimera fixed blade knife is made of O1 tool steel with a black cerakote finish drop point blade and contoured black G-10 handles. Comes with a black kydex sheath. The Chimera according to Greekmythology, a monstrous fire-breathing hybrid creature of Lycia in Asia Minor, composed of the parts of more than one animal. It is usually depicted as alion, with the head of a goat arising from its back, and a tail that might end with a snake's head, and was one of the offspring of Typhon and Echidna and a sibling of such monsters as Cerberus and the Lernaean Hydra.

This product hasn't received any reviews yet. Be the first to review this product!