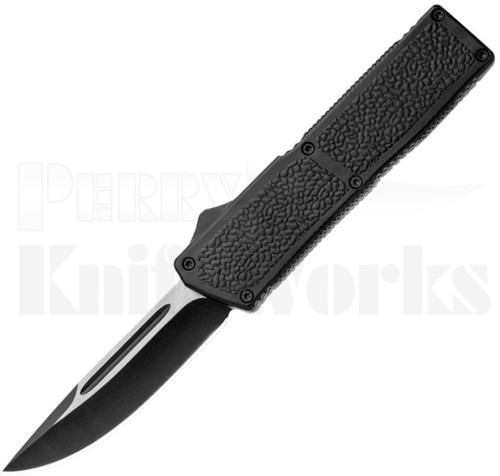 This Lightning Elite D/A OTF action packs a big punch but doesn't pack a punch on your wallet. The dual action sliding button has great updated action that makes it smoother and faster opening and closing the blade. The drop point blade has a two-tone finish and is effective and very efficient. This model has an black powder coated aluminum alloy handle with a textured surface for a superior grip. The firing button is mounted on the side, making the Lightning slim and easy to carry.   *By purchasing this knife you are agreeing to our terms & conditions*

All Lightning OTF knives are 100% guaranteed against manufacturer's defects.