The Benchmade Infidel is the flagship out-the-front model from the iconic Benchmade Company and has been a mainstay of its lineup for many years.

Designed by the late Bill McHenry who also created the AXIS lock the Infidel is an entirely different beast than other Benchmade offerings. The razor sharp dagger-style blade boasts 3.91 inches with a blood groove down the center. While the perfectly heat treated D2 steel of the blade remains one of the most popular choices for durable and long-lasting edges. 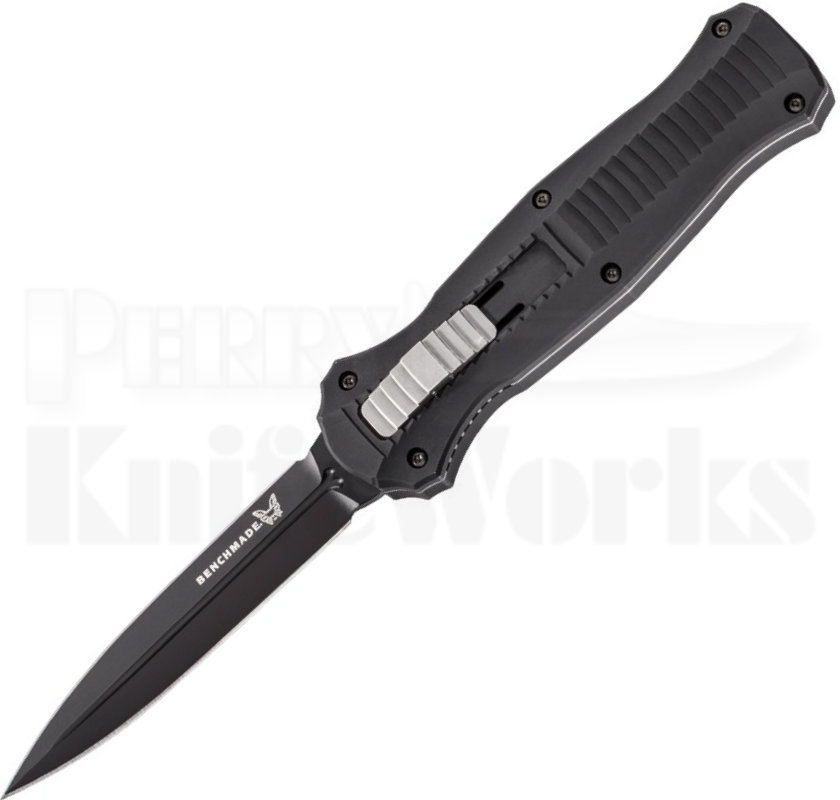 But the real allure of this knife is the deployment method. With the push of the thumb slider, the blade engages lightning fast. Unlike some of the more budget OTF options, this knife also disengages by pulling the thumb slider back down. The hypnotic action of opening and closing this knife will keep you occupied for countless hours. The handle is perfectly crafted from air craft grade 6061-T6 aluminum that’s sleek and super grippy. The blacked out  aesthetics add to the tactical motif of the automatic knife.

Benchmade includes several carrying options with the knife. You can carry it with the deep-carry pocket clip, inside a Cordura sheath, or attached to a MOLLE system. The Infidel weighs in at a very light 4.90 ounces and is made in the USA.